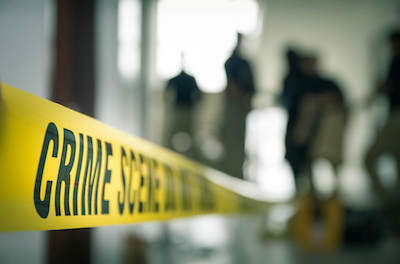 Let’s just say it: when it comes to gun violence, this is who we are.

Yet another shooting, this time in a Texas church, with 26 people dead, ranging in age from 18 months to 77 years old, and many injured. A 26-year-old man was killed after fleeing the scene, possibly by a self-inflicted gunshot. That means that two of the deadliest shootings in U.S. history have happened in the past 35 days. And yet, ardent gun advocates insist that we don’t have a gun problem in this country, but rather a mental health problem.

I have to agree. When it comes to addressing gun violence, there is some sort of pathology at work.

It begins with the now ritualistic ‘thoughts and prayers’ trope. Personally, I’ve reached the point where anyone who talks about sending their thoughts and prayers to the victims of mass gun violence fails a personal litmus test. My silent response is “spare me: your sanctimony won’t save lives”.

The only conclusion I can draw is that as a nation, we have no will to change our gun laws. We do not care enough to take a stand. In fact, all evidence points to the notion that we prefer this way of life to another alternative. We’re not allowed to say this out loud, of course, because we think of ourselves as a people of laws, reason, and compassion. But the evidence says otherwise.

Maybe this is part of who we are, as a nation, as a people. It’s hard to call these events “tragedies” anymore — they’re simply Sunday, Tuesday, or Friday. Are tragedies predictable? Selling weapons made for military combat and watching people die as a result is predictable. It’s a certainty borne of bad political choices.

It’s been over two months since Las Vegas, and we still have seen no concrete efforts to keep another shooting like this from happening. We haven’t even managed to limit access to bump stocks, fruit so low-hanging that even NRA leadership expressed willingness to compromise. But we continue to let the most radical gun rights advocates and politicians beholden to them tell us who we are and what we have to accept.

I’ve signed petition after petition, written letters, sent checks. Nothing. We’ve seen children in schools killed, people worshipping in churches killed, people attempting to enjoy a cultural event killed. Are we waiting for some other ‘ultimate horror’ to happen? Something that will represent absolute rock bottom?

If so, here’s what I believe: it’s not coming. We passed rock bottom years ago.

If Newtown wasn’t rock bottom, I don’t know what is.

If Orlando wasn’t rock bottom, I don’t know what is.

If Charleston wasn’t rock bottom, I don’t know what is.

If Las Vegas wasn’t rock bottom, I don’t know what is.

We are pathological. It’s a chronic pathology, and for many of us, it’s terminal.

Mass gun violence is becoming as much part of the American Way as apple pie, motherhood, and baseball. If we really wanted it to be different, it would be. We clearly don’t.

A recent poll found that people who support stronger gun safety laws are less likely to contact their elected officials than people who want weaker gun laws. If you’re one of the 80% of Americans who support stronger gun laws, check out the resources below to learn about getting involved. And if you’re ready to tell your elected officials that you’re ready for a change, find their contact information at Common Cause.