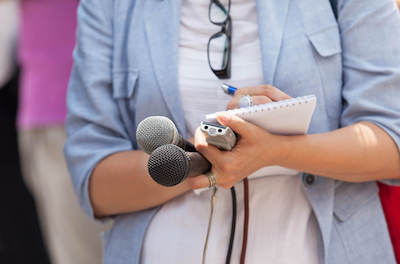 After watching a 60 Minutes episode that brought together Democrats and Republicans to discuss politics in our hyper-partisan times, journalist Amanda Ripley wasn’t as inspired as she thought she would be. The episode was meant to spark a conversation that brought out “deeper truths at a time of profound division.” However, Ripley felt it did just the opposite and that the episode’s host – Oprah Winfrey – was at fault.

Amanda Ripley made her mark as the author of “The Smartest Kids in the World,” an important book that explored some of the world’s top education systems. She’s also an astute observer of the ways in which journalists do their jobs, and her recent piece, “Complicating the Narrative,” explains many of her observations.

Ripley thought that Oprah was successful, relatable, and qualified, but that she lacked the skills to break beyond the partisan conflict – a trend she’s noticed among high-profile journalists and talk show hosts.

“Deep in their bones, talk-show hosts (like journalists, generally) understand certain things about human psychology: we know how to grab the brain’s attention and stimulate fear, sadness or anger. We can summon outrage in five words or less. We value the ancient power of storytelling, and we get that good stories require conflict, characters, and scene. But in the present era of tribalism, it feels like we’ve reached our collective limitations,” writes Ripley.

Thus, she set out across the country to interview people who had developed creative ways of navigating conflict because they had intimately experienced it every day. What did the lawyers, rabbis, and divorce mediators that Ripley interviewed all have in common? They complicated the narrative in order to get people to open up to new ideas. In other words, in discussing a problem or conflict, they found and included details that did not easily fit one narrative or the other. Instead, they introduced some nuance, contradiction, and ambiguity to make discussions more complicated.

Ripley explains, “First, complexity leads to a fuller, more accurate story. Secondly, it boosts the odds that your work will matter — particularly if it is about a polarizing issue. When people encounter complexity, they become more curious and less closed off to new information.”

Pulling from her interviews, Ripley developed six strategies for journalists and non-journalists to use in order to complicate the narrative: amplify contradictions, widen the lens, ask questions that get to people’s motivations, listen more and better, expose people to the other tribe, and carefully counter confirmation bias.

“We need to find ways to help our audiences leave their foxholes and consider new ideas. So we have a responsibility to use all the tools we can find — including the lessons of psychology,” writes Ripley. By catering to humans’ psychological tendencies, our messages, stories, and policies will better resonate with the public.

Ripley recalls another instance when a qualified journalist with good intentions failed to get at the root of an issue because he stuck with conflict rather than complexity. When Jake Tapper held a CNN town hall on gun violence in response to the Parkland, Florida school shooting, the reaction was a “shrieking match between FOX News supporters, who accused CNN of feeding questions to the students, and CNN supporters, who accused the critics of lying and applauded their own righteousness.”

“Americans will continue to disagree, always; but with well-timed nudges, we can help people regain their peripheral vision at the same time,” Ripley writes. “Otherwise, we can be certain of at least one thing: we will all miss things that matter.”

This article originally appeared in the October 20, 2018 issue of Wide Angle, our regular newsletter designed, we hope, to inform rather than inflame. Each edition brings you original articles by Common Ground Solutions, a quiz, and a round-up of news items — from across the political spectrum — that we think are worth reading. We make a special effort to cover good work being done to bridge political divides, and to offer constructive information on ways our readers can engage in the political process and make a difference on issues that matter to them.